Breathing is more dangerous than smoking cigarettes or drinking alcohol.

That’s according to the latest report from the Energy Policy Institute at the University of Chicago, which says that air pollution now takes more than two years off the global average life expectancy — more than cigarettes, alcohol, or conflict and terrorism. The annual report, known as the Air Quality Life Index, or AQLI, was released Tuesday. It found that particulate air pollution — a mixture of contaminants such as smoke, fumes, dust and pollen — has remained high, even as the coronavirus pandemic slowed the global economy and brought blue skies to some of the world’s most polluted areas.

At the same time, evidence of the health risks associated with pollution has grown, the index says, adding that world leaders aren’t treating the problem with the urgency it deserves.

“It would be a global emergency if Martians came to Earth and sprayed a substance that caused the average person on the planet to lose more than 2 years of life expectancy,” Michael Greenstone, director of Chicago’s Energy Policy Institute, said in a news release.

“This is similar to the situation that prevails in many parts of the world,” he said. “Except we are spraying the substance, not some invaders from outer space.”

Air pollution can lead to strokes, heart disease, lung cancer and other respiratory diseases, according to the World Health Organization. It is on track to reduce the global average life expectancy by 2.2 years, the report says. In comparison, smoking cigarettes cuts life expectancy by about 1.9 years, while drinking alcohol reduces it by eight months. Unsafe water and sanitation lead to a seven-month reduction in life expectancy, according to AQLI, with conflict and terrorism shaving off just nine days.

Unlike cigarettes or alcohol, the report’s researchers say, air pollution is “nearly impossible to avoid.”

If current levels persist, residents of South Asia are projected to lose about five years of life on average. New Delhi, India’s capital, is the “most polluted megacity in the world,” the report found, with average annual pollution levels reaching more than 21 times the WHO guideline. Delhi considers new lockdown — this time for pollution, not covidMore than 97 percent of Central and West Africa is considered to have unsafe levels of pollution under WHO standards. That’s compared with 92.8 percent of the United States and 95.5 percent of Europe having air quality that is worse than recommended.

The United States and Europe have “largely been successfully enforcing strong pollution rules,” the report says, but renewed government focus on the issue is needed. Permanently reducing air pollution to meet the WHO guideline would add 2.2 years to the global average life expectancy, raising it from about 72 to 74.2 years. The world’s population would gain 17 billion years of life in total, the report says.

The researchers point to China as an example of a country that has successfully cleaned up its air. After China recorded some of its highest pollution levels in 2013, its government declared a “war against pollution.” It prohibited new coal-fired power plants in certain regions, required existing plants to reduce emissions and mandated that large cities restrict the number of cars on the road.

The measures helped reduce particulate pollution in China by nearly 40 percent — although it continues to exceed the WHO’s recommended level — and added about two years to the average life expectancy there.

“Among the fossil fuels, coal is the champion in terms of producing particulate air pollution that causes people to lead shorter and sicker lives today, and increasing the rate of climate change,” he said.

Air pollution is “deeply intertwined” with climate change, the report says, so tackling it can kill two birds with one stone.

“Policy can simultaneously reduce dependence on fossil fuels that will allow people to live longer and healthier lives and reduce the costs of climate change,” the researchers wrote.

But that requires greater funding and political will, they said. Less than $45 million is spent by all philanthropic organizations on air pollution each year globally, which represents 0.1 percent of total yearly grantmaking, Christa Hasenkopf, AQLI’s director, wrote in the report’s introduction.

“A relatively small increase in support can have an outsized impact, filling basic air quality management gaps such as access to continuous, reliable air quality monitoring data,” she wrote. 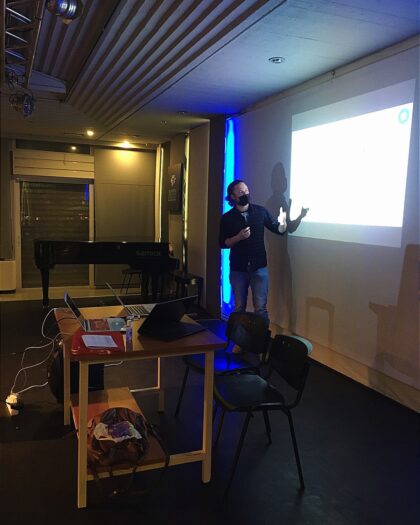 vamtam-theme-circle-post
Category Uncategorized
Last Thursday we had the pleasure to present bFlex to the Startup Lab of the...
READ MORE 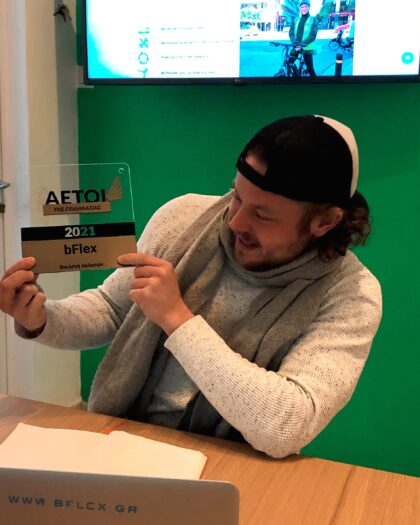 vamtam-theme-circle-post
Category Uncategorized
The "Eagles" project is a unique ranking system that includes companies, which are characterized by...
READ MORE

vamtam-theme-circle-post
Category Uncategorized
With about 25 Erasmus students from Groupe IGS we discussed the pitchdeck of bFlex. Where...
READ MORE 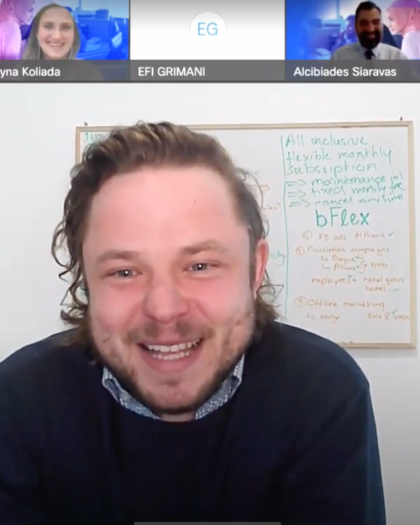 vamtam-theme-circle-post
Category Uncategorized
Travel emissions would fall significantly even if only a small percentage of citizens chose two wheels over four.
READ MORE 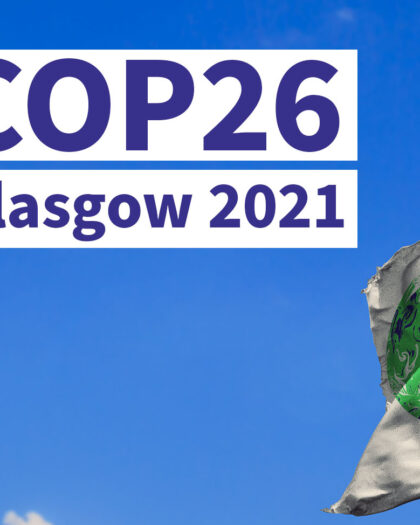 vamtam-theme-circle-post
Category Uncategorized
The world must get to work on quickly reducing emissions to limit warming to 1.5 degrees Celsius – a goal that remains within reach under the Glasgow Climate Pact, the U.N.’s climate agency chief said.
READ MORE

vamtam-theme-circle-post
Category Uncategorized
The Friday commute to school looks a little different for some kids in Barcelona, Spain. Starting at 8 a.m., more than a hundred kids and parents hop on their bikes and hit the road on their way to school and work. Not on the sidewalk or in a bike lane, but in the middle of the street.
READ MORE

vamtam-theme-circle-post
Category Uncategorized
Climate change models created by Climate Central, an independent organization of top scientists and journalists, show the devastation that rising sea levels could cause on coastal cities, including those in Greece, such as Piraeus and Thessaloniki.
READ MORE


You have Successfully Subscribed!

Join Waitlist Unfortunately we are fully booked! You can check one of our other flexy subscriptions or register here for the waiting list.
bFlex Presentation in Panteion University of Social and Political SciencesBest Practices of Youth Entrepreneurship in Greece 